Nottingham Puts Up Strict Measures Against Bulky Rubbish And Fly-Tipping

Bulky waste like old fridges, tyres, and sofas, could land you with a criminal record if you are caught leaving them on your property’s front lawn or garden. If the landowner does not take all reasonable measures available to dispose of the rubbish, they are liable for prosecution. 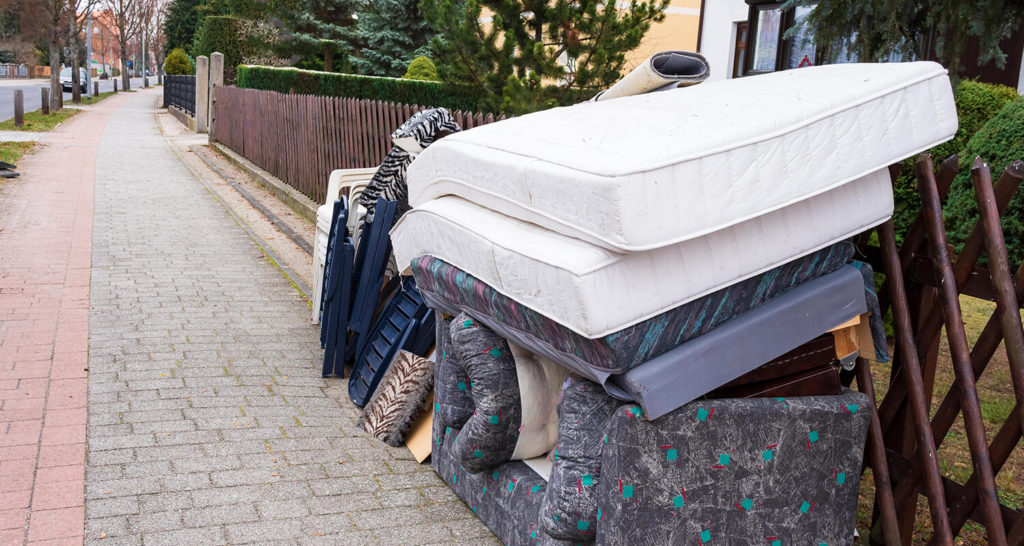 What our clients are saying

Waste removal in Nottingham is a serious matter for councils, and the government is not keen on lowering its standards. House clearance in Nottingham is one of the primary reasons for disposing of these bulky household items.

The trash from residential areas is dealt with by regular waste collectors, but some councils do not accept what they quantify as large and hazardous items. However, some large businesses and landowners sometimes have special permits that allow them to keep dangerous waste.

On the other hand, residents are forbidden from keeping unusually large items and hazardous waste without permission, and this is not given out easily. Appliances like fridges, air-conditioning units, and the like contain chemicals that could be dangerous to people when not disposed of properly and responsibly.

The property owner has a duty of care for these types of waste, and the law ensures that they personally, or with the help of the council or private services, remove it from their lawn or garden.

Authorities have issued a list of items that are classified as hazardous waste. Asbestos is one of them. This mineral is found in steam pipes, floor tiles, and different other household items. If not taken care of properly, it can cause lung cancer and other respiratory problems in extreme cases.

Other hazardous materials cited are car batteries, car tyres, gas containers, and pesticides. These were all prone to burning and would be dangerous if left unattended. Similarly, improper disposal of light bulbs, fluorescent tubes, and lead-based paint will result in a lawsuit.

Other hazardous materials cited are car batteries, car tyres, gas containers, and pesticides. These were all prone to burning and would be dangerous if left unattended. Similarly, improper disposal of light bulbs, fluorescent tubes, and lead-based paint will result in a lawsuit.

It is the responsibility of the homeowner to arrange special removal or treatment of these types of waste if needed. If authorities see that the landowner has not properly dealt with these on their lawn, or that they have kept a large quantity of these on their land, then that would be considered as not fulfilling their duty.

When someone keeps rubbish on their land and does not dispose of it appropriately, the law considers this as fly-tipping. Fly-tipping is defined as the illegal deposit of waste on land without any prior license. This includes land that belongs to the homeowners.

The government reinstates that fly-tipping anywhere on private property is illegal because the waste can harm the health of those living around the area and have adverse effects on the environment.

However, there are guidelines, permissions, and exemptions set by the Environment Agency that allows the storage of such types of waste for commercial and business land. 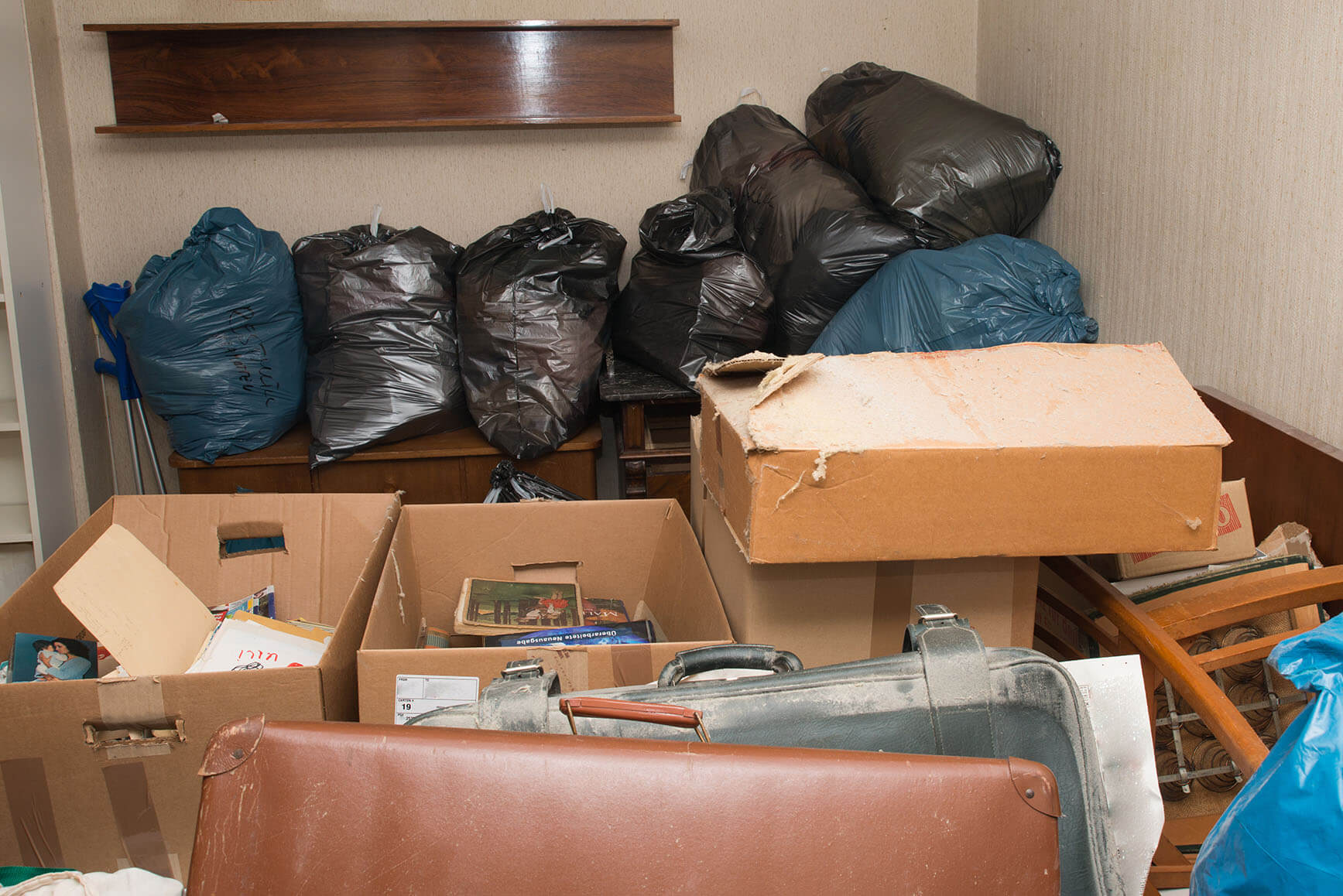 How to Dispose of Bulky Waste

When a household wants to remove the waste in front of their house or anywhere on their property, they have several methods to choose from.

Some councils offer a pickup service for big items, like large sofas, in partnership with special collections.

Some councils offer a pickup service for big items, like large sofas, in partnership with special collections. Those who request assistance need to arrange the schedule themselves and pay for the fees that will be incurred. They can also contact a private disposal service that offers waste removal in Nottingham.

Those who request assistance need to arrange the schedule themselves and pay for the fees that will be incurred. They can also contact a private disposal service that offers waste removal in Nottingham.

To know which ones are available in your area, the government advises checking the local authorities’ household waste and recycling centres to see if they accept bulky waste. If they do, you can take it there personally. Additionally, you should see if they offer special collection services.

According to the Environmental Act, anyone who fails to take responsibility for the transfer of waste to an authorised person is liable to be prosecuted. The best way to avoid such punishment is to seek assistance from authorities or private businesses.

In March, a business from Mansfield had an old kitchen bin, electrical items, some boxes, and sofa cushions lying in Broadgate Lane, Kelham. Upon investigation by the council, they found that the business owner was accountable for the trash, earning himself a fine of £400. The business owner said he felt a sense of deep regret that he failed to check for a waste carrier’s license.

Another £400 fly-tipping fixed penalty notice was issued to a woman from Oxton who hired a “man with a van” service in the week prior. The service in question led to her trash, which consisted of Amazon delivery packaging and other goods, getting dumped on Forest Road, Oxton in back bags.

Councillor Roger Jackson, chairman of the Leisure and Environment Committee, pledged that the government takes the prevention of fly-tipping seriously and encouraged everyone to dispose of their rubbish according to the proper standards. He added that a person’s waste is their responsibility; if homeowners are getting services to dispose of their rubbish, then it is their duty to check the eligibility of the service.

Jackson advised people to always ask to see the waste carriers’ license of whatever rubbish removal company they’re hiring. Homeowners can also contact their respective Councils for assistance in removing bulky waste from their homes. He concluded that they are committed to making the district cleaner, safer, and greener.

When you are cleaning your property and find that you don’t need a lot of your old stuff anymore, then it’s time for a house clearance in Nottingham. But the difficulty starts when you think about how to dispose of the rubbish. If you have large amounts of bulky waste, handling the clearance yourself might no longer be feasible.

With Midlands Waste Clearance, you can rely on our fast and thorough waste removal services. We can take care of any type of rubbish, whether it’s household, commercial, bulky, or anything in between.

We are licensed and officially recognised by the proper authorities, so you can be sure that we’ll uphold the utmost professionalism in all the services we provide.

Our rates are highly competitive as well, so you won’t have to break the bank when clearing your house of rubbish.