Fly-Tipping Figures Show It is Done on an Hourly Basis

Fly-tipping has increased dramatically in Leicestershire due to the pandemic, and many offenders are still getting away with it. According to the latest figures from the Department for Environment, Food and Rural Affairs (Defra), there were 16,134 reports of illegal waste dumping across the county in 2020 and 2021, averaging 1.8 incidents per hour. If you want to clear away following a recent house renovation or need to dispose of a pile of trash, it is best to call for rubbish removal in Leicester. This way, the company that provides house clearance in Leicester can get rid of it properly. The city of Leicester has the highest figures in the county, but Northwest Leicestershire has seen the most growth, with reports of fly-tipping increasing last year. According to the figures, fly-tipping had increased by 39% from the previous year, when 11,550 fly-tips were reported, prompting campaigners to call the situation “horrendous”.

Last month, an emergency road closure in Heath Road, Bagworth, was imposed to allow the council to deal with massive amounts of fly-tipped waste accumulated along the highways. In January, a massive mound of trash was discovered dumped in the middle of a country road in Market Bosworth, prompting police to warn drivers to avoid the road entirely.

In 2021, Leicestershire County Council spent £167,387 just clearing large-scale fly-tipping instances, which is only a fraction of the total cost.

If you need to dispose of waste from a renovation, you must ask companies that provide rubbish removal in Leicester if they follow standards to be sure they will dispose of the trash legally.

If their case is heard in magistrates’ court, anyone caught illegally dumping trash faces a criminal conviction and a fine of up to £50,000 or 12 months in prison. If the case is taken to crown court, the offence can result in an unlimited fine and up to five years in prison.

In Leicestershire, councils dealt with 12,458 incidents in 2020 and 2021, which included everything from issuing fines and warning letters to conducting investigations as well as prosecuting people. This increased from the previous year’s 11,933 actions, indicating a rise in incidents.

Clean Up Britain, a campaign group, believes the Government should issue clear guidance to courts to encourage them to use these harsh sentences. According to its founder, John Read, the figures are alarming and continue to grow. This proves that the UK is in the middle of an epidemic of litter and fly-tipping. He also remarked that the Government needs to be more serious about addressing and tackling this problem.

The clearance cost to councils for large-scale fly-tipping alone was around £77 million, including incidents requiring tipper lorries and other significant or multiple-load remedies. To reform the waste industry, Environment Minister Jo Churchill recently announced a crackdown on waste criminals. 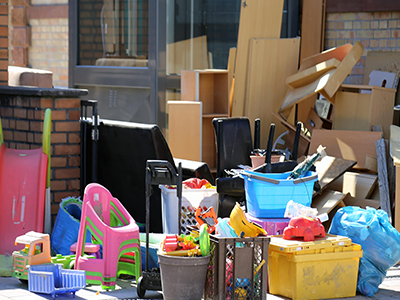 Increased background checks for companies that move or trade waste, mandatory digital waste tracking, and ways to make it easier for regulatory authorities across the UK to act quickly against rogue operators are all part of the plans.

Churchill said that waste criminals show complete disregard for communities and societies. They are also showing contempt for the environment and taxpayers. She added that, by giving extra powers to the agency, they were able to disrupt rogue operators: nearly 1000 illegal sites were shut down last year. With the new Joint Unit for Waste Crime, fly-tippers across the country can now be prosecuted.

However, there is still so much to do. The licensing system needs to be reformed to clamp down on its abuse. Authorities would also have to implement digital waste tracking to greatly improve transparency in the sector. This will make it easier for householders to check if their waste is disposed of in the right way. These reforms, taken together, will deter criminals from abusing the waste system and make it easier to successfully prosecute offenders.

According to Defra, the first national lockdown, which began in March 2020, resulted in some local authorities being unable to maintain dry recyclate collections and the widespread closure of household waste recycling centres. These were later reopened, but with restrictions in place, such as reservation systems. According to the Government’s analysis, these factors, along with changes in household consumption, travel, and leisure due to the pandemic, “may have contributed” to the rise in fly-tipping.

Staff shortages, layoffs, and redeployment due to the pandemic and lockdowns were blamed for decreasing enforcement actions. Farmers also worry that not enough is being done to prevent fly-tipping on private property: only fly-tipping incidents on public land, such as streets and pavements, are included in the Government’s figures.

There are many benefits when rubbish is disposed of properly. The environment, communities, and society become cleaner and healthier. When looking for a legitimate company to help you with your house clearance in Leicester, look no further.

is a reputable clearance company with over five years of experience offering our customers a wide range of clearance services. Our prices are competitive and our service second to none! We always strive to recycle and donate to charity whenever possible.

If you would like to contact a member of our team, please do not hesitate to call us or send us an email using the form on our website, midlandswasteclearance.co.uk. Our knowledgeable staff will always be available to answer any questions you may have about our high-quality services. If you don’t see what you’re looking for on the list, please contact us, and we’ll see what we can do!