Abandoned Home Found Full of Rubbish was Up for Sale for £110,000 There were enormous mounds of rubbish on every surface of the abandoned home, which sold on the market for £110,000.

The house, situated at 2 Camperdown Street in Plymouth, was a fixer-upper perfect for people seeking to relocate to the coast and who didn't mind taking on the challenge.

The home's walls were covered in ivy, which had grown unchecked, and wrapped itself not only around the side of the home but also across the windows and over the roof.

Upon entering the house, the first thing that caught attention was the layer of trash, old letters and newspapers covering the floor. The entranceway was cluttered with a spare door and fragments of furniture, all of which were piled with waste.

A property company bought the house after the previous owner sold it, leaving it in this condition.

The newspaper on the floor of one of the bedrooms was from December 2008, suggesting that this home had deteriorated over many years.

The old wallpaper and the primitive furnishings, preserved in their original condition, gave the building a rustic charm. The photographs on the walls represented the past owners’ lives - though you would be hard-pressed to get up close enough to the wall to inspect them.

The hallway led to an even more chaotic environment: a kitchen where the entire floor was littered with carrier bags, milk cartons, and discarded food packaging.

The rubbish dumped over each surface made the benches, kitchen sink, stovetop and dishwasher appear identical.

One of the walls had a damaged, discoloured, and mouldy surface.

The toilet in the back of the property, which was filthy and ironically surrounded by empty bleach bottles, could only be reached after crossing a sea of milk cartons.

Traces of the past owner were found in the corner, each with boxes of dog food. A Plymouth to Looe railway ticket from 2017 was tucked away inside one of the boxes. The man had left his home, but his remnants were still present.

A bedroom was shot full of various objects, making it appear as if there was no easy way through the room.

The main bedroom, the last chamber photographed, was by far the neatest room in the house. Aside from a colossal clutter of items on top of the bed, it appeared to have been kept almost exactly as it was when the owners departed.

The rug appeared to be mouldy, and the curtain was ripped in half. The room was also covered with a thick layer of dust.

On the floor, earrings had been set aside, a woman's cardigan was found on the back of the door, and a gentleman's wallet was on one of the bedside tables.

The three-bedroom semi on Camperdown Street was available at auction, with the property set to undergo home clearance in Nottingham before it went on sale.

The cleaning estimate was provided by a house clearance company, which estimated it would take six men a whole week before it could be viewed. 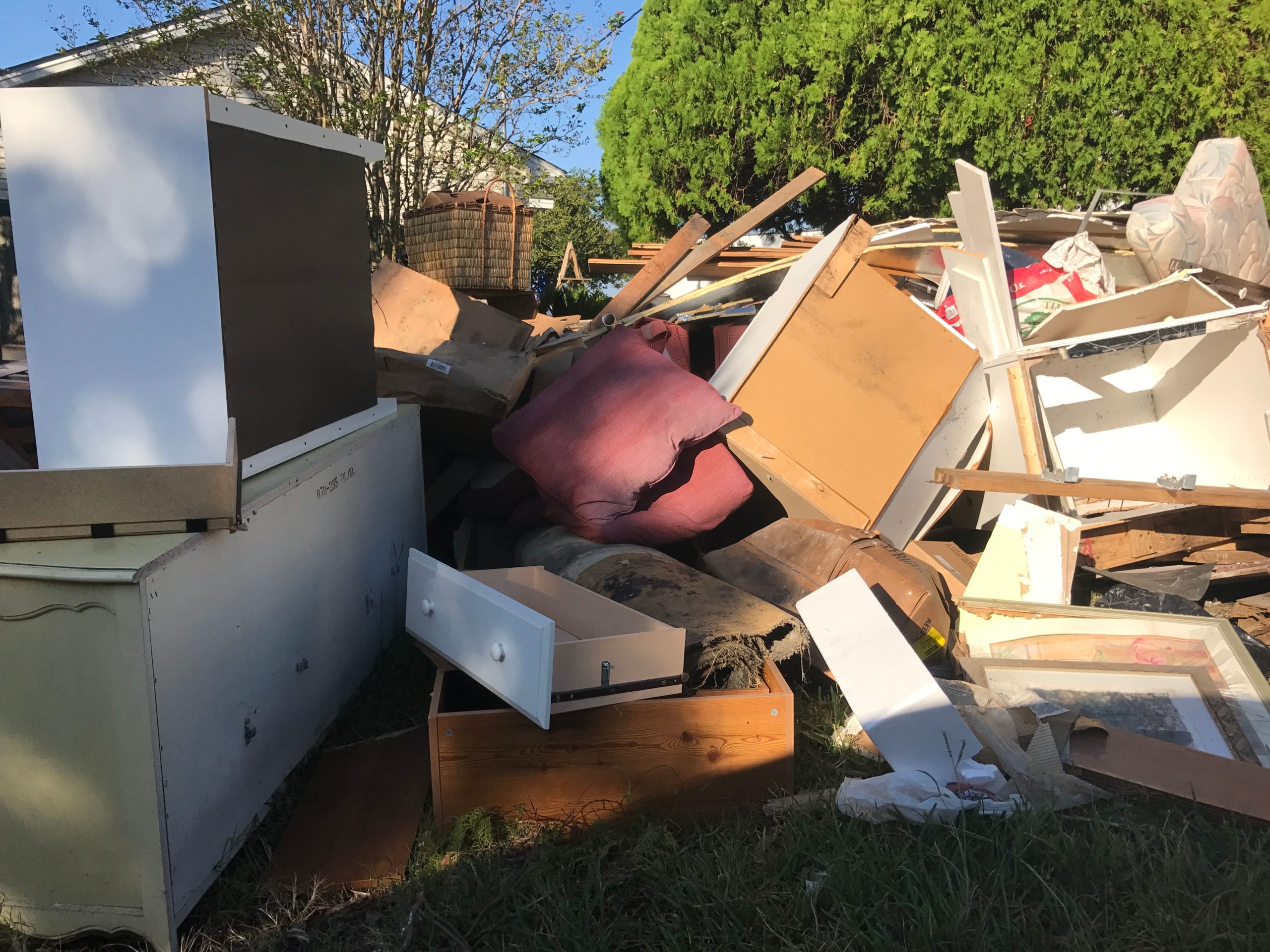 5 Reasons To Hire A House Clearance Service In the UK

There are various reasons people might want to use a house clearance service in the United Kingdom. Perhaps they are moving and need to get rid of their old stuff, or maybe it’s time to tidy up after their parents have passed away. If you wonder "what does rubbish removal in Nottingham involve", read on below.

Perhaps some have had enough of staring at an outdated sofa or dresser that’s been in their family for years. Or maybe another family will be moving and need to get rid of their old stuff so they can start fresh. Whatever the situation is, a house clearance company will take care of everything.

Cleaning Out After a Death

After losing a loved one, the last thing people want to do is rummage through their belongings, figuring out what to keep and what to get rid of. It might be emotionally draining, but a home clearance service may help relieve some responsibilities. They will quickly sort through everything so that the bereaved ones don’t have to.

Everybody builds up a lot of stuff throughout their lifetimes, and it’s easy to get out of hand! A house clearance service can help owners who don’t know how to declutter their homes. They’ll help organise everything so that anything the homeowners want remains and the rest goes away.

Hiring a house clearance business is a quick and painless way to get rid of all that unwanted stuff. They will take care of everything so property owners can sit back and relax!

Isn't it preferable to return home to a spotless, clutter-free house than to spend leisure time cleaning? Isn't it better to be doing the things one enjoys instead of clearing up? Hiring a professional house clearance business is the smart option if that's the case!

Other people may always do the cleaning themselves, but hiring a professional house clearance firm is easier and more efficient. They will handle everything so clients can rest easy. Save time and trouble by getting in touch with experts today!

Professional Home by a Clearance Nottingham Based Company

Whether clients need help clearing out their business property, a single room or a whole building, hiring professional house clearance in Nottingham is the best solution.

Midlands Waste Clearance Nottingham provides excellent service with skilled staff and 24-hour support. We firmly believe in, and strictly follow, recycling in all of our services, regardless of type (house, office, or garden clearance). We're also proud to be a green company, meaning that we work hard to use sustainable methods and materials as much as possible.

If you're interested in what we offer, don't hesitate to contact us. To learn more about us and what we do, head over to midlandswasteclearance.co.uk today.